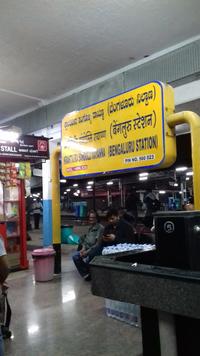 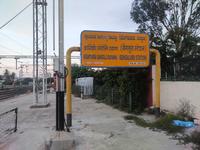 The Bengaluru suburban rail project which was first mooted about three decades ago, has belatedly received the approval of the Cabinet Committee of Economic Affairs (CCEA), raising optimism that an end is in sight to the city’s commuting woes. Though this is a welcome move, scepticism is rife because the project has suffered many false starts right from its inception, only to be derailed soon after. Though the project was in the works for several years, it received some concrete shape in 2013 when then chief minister Siddaramaiah made a budgetary allocation for the first time and announced setting up of a special purpose vehicle - Bengaluru Suburban Rail Corporation. The project once again went into a limbo, until it was revived on the eve of the 2019 Lok Sabha elections following a meeting between then chief minister HD Kumaraswamy and Rail Minister Piyush Goel. Though it found a mention in...
more...
the 2019-20 Union budget, only a token allocation of Rs 1 crore was made, much to the disappointment of Bengalurians.
While hopefully the project will not require any more approvals, land acquisition continues to be a ticklish issue. The 148-km rail will have four corridors: KSR Bengaluru city-Devanahalli, Bayapanahalli-Chikkabanavara, Kengeri-Cantonment-Whitefield and Heelalige-Rajanakunte. The Railways will provide Rs 6,000 crore of land in its possession at a token rent of Re 1, while about 65 acres of private land will have to be acquired. The acquisition of land and the clearing of encroachments along the railway line may pose a challenge, considering that 60% of the alignment would be through the metropolitan area. In the 2020-21 budget, the Centre had announced that it would invest 20% in the Rs 20,000 crore project and facilitate external assistance up to 60%, with the rest of the amount coming from the state government. It is now time for both the central and state governments to move beyond announcements and allot the required funds so that work can begin in the right earnest.
Though Bengaluru witnessed an exponential growth both in terms of geography and population over the past two decades, no attention was given to setting up a mass public transport system by successive governments, leading to acute traffic congestion and undue pressure on the crumbling infrastructure. With the progress of the Namma Metro extremely slow, the suburban rail has come as a beacon of hope for Bengalurians who are fed up with existing traffic snarls. Now, what is most needed is the political will to ensure that the project does not face any more bureaucratic hurdles and becomes a reality soon.
Page#    Showing 1 to 20 of 1633 News Items  next>>
Scroll to Top
Scroll to Bottom
Go to Desktop site
Important Note: This website NEVER solicits for Money or Donations. Please beware of anyone requesting/demanding money on behalf of IRI. Thanks.
Disclaimer: This website has NO affiliation with the Government-run site of Indian Railways. This site does NOT claim 100% accuracy of fast-changing Rail Information. YOU are responsible for independently confirming the validity of information through other sources.
India Rail Info Privacy Policy